On this page you will find samples of work created in my undergraduate courses and extracurricular involvements at Central Michigan University.

All work below was created in a digital journalism (JRN 340) class at Central Michigan University and includes writing, audio, video and photo samples.

Many individuals use running as a means of exercise. For Girls on the Run of Central Michigan, running is more than just exercise. It is a way to build friendships, gain confidence and live healthy lives.

Girls on the Run of Central Michigan now serves girls within Clare, Gladwin, Gratiot, Isabella and Midland counties after a recent merge between two Girls on the Run councils.

During this merge, Samantha Jones was appointed the program’s first executive director. Jones said that there have been many administrative changes because of this, but she is hopeful that families have noticed better communication as a result.

In addition to serving as the executive director, Jones is also a coach for Shepherd Middle School. For Jones, this gives additional meaning to the program.

“Society kind of gets down on girls,” Jones said. “We help them resist peer pressure and think for themselves. It’s so important to give girls that confidence and make sure they believe in themselves.”

Girls of the Ganiard School team pose with Coach Jenny Beuschel for a picture on Thursday, April 21, 2016.

Ganiard Elementary School is one of several schools that benefits from this program. Girls at this school are taught by Coach Jenny Beuschel and Assistant Coach Maria Maffezzoli, both students at Central Michigan University.

Maffezzoli decided to sign up for Girls on the Run after hearing about her sister’s experiences with the program while student teaching.

“This is my first year coaching for Girls on the Run,” Maffezzoli said. “It has been a great experience seeing all the girls be so happy about it [Girls on the Run] and really getting into it and taking it seriously. I haven’t really had any challenging parts as a coach.”

Beuschel has been coaching for the program for two years now. She originally heard about the program after attending Issue Day, an event hosted by the Mary Ellen Brandell Volunteer Center at CMU.

“As a coach, I get to see their progress, and witness the pride they feel when they meet their goals,” Beuschel said.

Beuschel, like Maffezzoli, said that she has faced very few challenges with this program.

“Since they are so energetic, sometimes I feel like it can be hard to get their attention,” Beuschel said. “They always surprise me with how much they learn, even when I don’t think they were listening!”

The program, once held only in the spring, will now be hosting an additional session in the fall. Students will have the opportunity to participate in either session.

A 5k celebration is held at the end of each season for all of the coaches, girls and their families within the region. According to Beuschel, over 560 girls will be participating in this event. It will be held on May 14 in Shepherd.

Girls on the Run of Central Michigan is currently recruiting volunteers for this event.

A group of CMU students worked with MJ Murphy Beauty College to host an event on April 5 called Be-YOU-tiful. The event provided cheap beauty services to CMU students and Mt. Pleasant residents, and all proceeds from the event were donated to Children With Hair Loss – an organization that provides children with wigs at no cost.

Be-YOU-tiful was created by five students as a project for a recreation, parks and leisure course. Students had no budget for creating the event but were required to donate any proceeds to a charity, according to CMU junior Sarah Elliott.

“We don’t get any kickback, which is awesome, but what we get then is the 68 people that signed in for my students to work on,” said MJ Murphy Stylist Director Michelle Bailey.

Tickets for the event were $5 in advance or $8 at the door.

Kaya Coffee House is a popular meeting spot for CMU students, faculty and Mount Pleasant residents alike. The coffee shop is characterized by its cozy yet eclectic decor and an extensive menu of meals and drinks. The comforting atmosphere Kaya creates attracts artists of all types.

Every Wednesday the coffee shop hosts an open-mic night for local music artists. Students say they feel more comfortable performing at Kaya than at any other place due to the friendly staff and supportive clientele.

Life at Central Michigan University slows during a snowstorm on March 1, 2016. Few students venture into the cold to attend classes and cars move cautiously.

Senior Brooke Dixon braves the cold after studying in the Charles V. Park Library on March 1, 2016.

A bike becomes buried in snow during the unexpected winter storm outside of Brooks Hall on March 1, 2016.

A lone student braces against the winter storm outside of Moore Hall on March 1, 2016.

Vehicles drive carefully on Preston Road during the snow storm on March 1, 2016.

Bike seats accumulate snow during the winter storm at the Bovee University Center on March 1, 2016.

Freshman Madyson Davis walks to class during the unexpected snow storm on March 1, 2016.

Be True to You

Delta Phi Epsilon member Ashley Marklevitz discusses the sorority’s annual “Be True to You” week. The week is comprised of many events – including the philanthropy dinner “D-Phi-Esta!” –  which raises funds and awareness for Anorexia Nervosa and Associated Disorders. 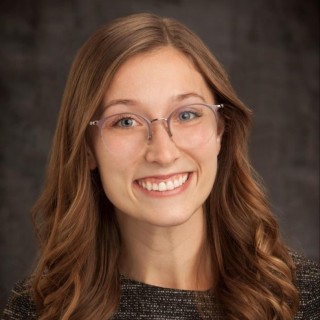 I am a creative communications professional with a passion for telling stories. In my spare time I enjoy reading, hiking, gardening, paddling the Great Lakes, and fostering and training dogs. Browse my website to learn more!